In June of 2010, the town of Millbury, Ohio was hit by an EF-4 tornado that killed seven and left over 50 buildings destroyed. As one of thousands of volunteers who helped with the cleanup, I saw firsthand the incredible damage caused by the tornado, and also the incredible efforts of first responders to bring order to a chaotic situation. Police, Fire, and EMS worked long days and nights to identify homes, help the residents, and coordinate cleanup efforts. The experience left a very deep impression on me. 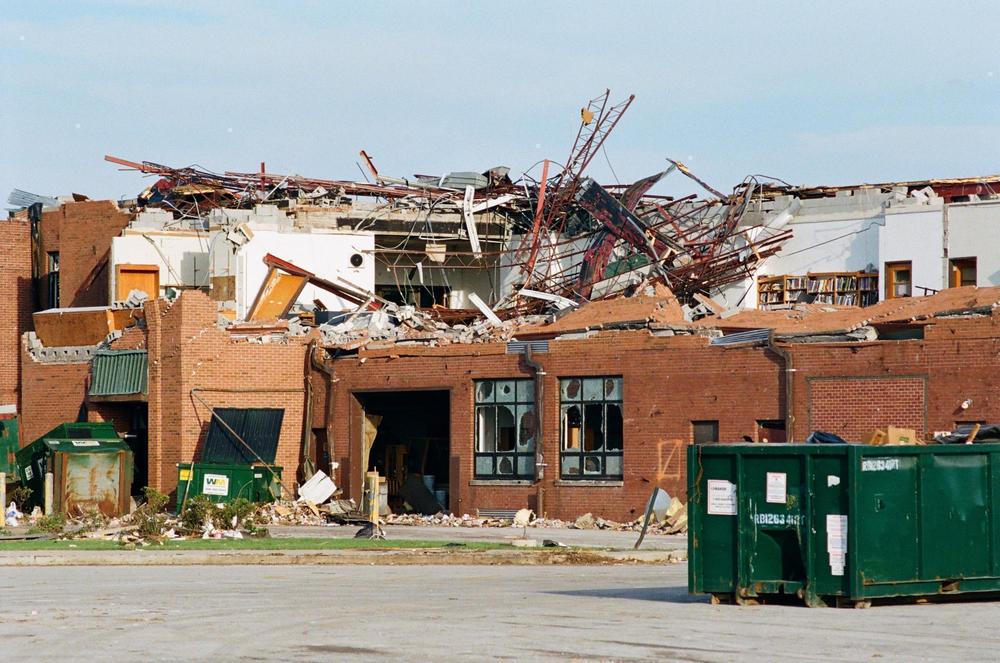 One of the guiding principles at Loveland has been how we can take parcel data and use it to improve accessibility to data. After the April 2015 earthquake in Nepal, we started to look into how parcel data and surveying could be used in disaster relief situations. First responders often lack basic information about structures damaged by storms or earthquakes, making it difficult to accurately assess damage. How could our survey technology and methodology be used to improve disaster response?

On June 22nd, 2015, a large complex of thunderstorms moved across the midwestern United States, spawning 27 tornadoes, six of which touched down in Michigan. At about 2:30PM, an EF-1 tornado touched down about 3 miles west / northwest of Portland, MI, a small city of around 3,800 people, and cut across the city, severely damaging homes, businesses, and churches.

Drone footage of the tornado damage

The first images from the city were stark and haunting: roofs ripped off of churches, collapsed houses, huge trees snapped in half or uprooted. Fortunately, only two people were injured, and there were no fatalities. The National Weather Service estimated wind speeds of up to 100 MPH.

As with the Millbury tornado five years prior, our first instinct was to help. To that end, we began planning a survey of the tornado damage in Portland, with the goal of making this information available at no cost to first responders, academics, and the general public.

The first step was determining the scope of the damage and what parts of the city would need to be surveyed. As the parcel-hunting team worked to secure the parcel map of Portland, we considered our survey options. Ultimately we decided against going immediately to Portland unless we could get authorization from a local agency, otherwise we might end up obstructing recovery efforts. Four days after the tornado, we drove to Portland to conduct a preliminary survey to establish the rough geographic boundaries of the damage and what types of damage we would need to survey.

Using the information collected, we were able to draw an outline of where the tornado damage was located. Out of the 1,574 parcels in the city, about 500 were located in the path of the tornado. These would be the properties to survey. The parcel team contacted Ionia County and got the parcel shape file for Portland. With this uploaded to Site Control, we could now set up a survey area and questions.

For the purposes of this survey we used the standard question set with a few additional questions to quantify specific types of damage - whether a structure had been damaged, how badly, condition of the roof and windows, and if trees had been damaged.

Nine days after the tornado, we sent a crew of eight surveyors out to survey over 500 parcels in and around the path of damage left by the tornado. Teams of two surveyors fanned out across the city and surveyed all of the properties within a specific zone, taking pictures of each property, talking to residents, and looking for visible damage. This information was logged with wireless tablets using the Loveland app. It took about six hours to survey 500 parcels.

What the surveyors found was damage ranging from broken tree branches to structures that had totally collapsed. Of the 505 properties surveyed, 225 properties had tornado damage of some sort.

156 out of 207 structures had suffered some structural damage.

First Baptist Church, which dates back to 1840

The severity of damage was concentrated along a thin corridor through the damage path. Buildings just outside the this path suffered minor or no damage.

The level of tree damage was fairly consistent with structure damage severity. Properties that had uprooted trees suffered the worst structural damage, although some properties on the periphery with especially tall trees escaped major damage.

Portland has a lot of old growth trees, many of which were snapped at the trunk or completely uprooted. Based on survey results, we found 156 structures damaged in and around the path of the tornado. Damage followed a fairly concentrated path, through which trees were uprooted and houses sustained severe damage. In other areas though the tornado seemed to have “skipped” over houses or streets, leaving them relatively undamaged - most notably on the west bank of the Grand River.

There were limitations to the survey that make qualifying the accuracy of the data collected difficult. Not all structure damage was visible from the outside, as we found with some properties where the owners were able to give us more detailed accounts.

The amount of time between the tornado and the survey - nine days - meant that much of the damage, especially tree damage, was already cleaned up by the time that surveyors got there. A more accurate picture of the damage would have been gained had we surveyed just a few days after the tornado, however, our presiding concern was that we not interfere with recovery efforts and give the residents of Portland some time to decompress.

The experience we gained through this survey led to us making some changes to how we approach natural disasters and the questions we ask. Specific questions about roofing and tree condition can provide useful information about wind speed. Future surveys will use more detailed questions, and also work with local residents to survey and upload real time information via the Loveland mobile map.

Check out the full map here.

More on the Blog